The Cowboys will be featured on the “Hard Knocks” documentary series this summer for the third time in the program’s 16 seasons.

HBO and NFL Films announced Friday that five hourlong episodes, beginning Aug. 10 at 9 p.m. CT, will profile the Cowboys during training camp and the preseason. The team’s itinerary includes camp in Oxnard, Calif., an exhibition against the Pittsburgh Steelers on Aug. 5 in Canton, Ohio, a joint practice with the Los Angeles Rams on Aug. 7, and three more preseason games versus the Arizona Cardinals, Houston Texans and .Jacksonville Jaguars

The team plans to travel to Oxnard on July 20.

The five episodes will air on subsequent Tuesdays, being televised on HBO and streamed on HBO Max. The finale will air on Sept. 7, creating a natural runway for the NFL’s 2021 season. On Sept. 9, the Cowboys play in the league’s first regular-season of the year when facing the defending Super Bowl champion Tampa Bay Buccaneers in Florida.

Given their track record for attracting an audience, the Cowboys made a logical choice for NFL Films. “Hard Knocks” experienced a drastic reduction in ratings last year, one of many examples of sports television consumption dipping during the COVID-19 pandemic.

When the Los Angeles Chargers and Rams were jointly profiled last season, unusual real-life circumstances made for an unusual show. The preseason was canceled. No fans attended practices. Because of social distancing and other restrictions, there were challenges to produce content away from the field.

“The Cowboys are one of the most storied franchises in NFL history and a team that elicits strong reactions from fans around the world,” said Ken Rodgers, NFL Films vice president and senior coordinating producer, in a statement. “Tens of millions of fans love them, but just as many people love to hate them.

“Either way, when the Cowboys show up, people watch, which makes them perfect for ‘Hard Knocks.’ This year, their high-profile status as ‘America’s Team’ is paired with uniquely interesting storylines. We can’t thank [owner Jerry] Jones and coach [Mike] McCarthy enough for letting us tell the story behind what we hope is the beginning of an exciting year in Dallas.”

Those storylines include quarterback Dak Prescott’s comeback from an open ankle fracture, the defense’s new direction under coordinator Dan Quinn and linebacker Micah Parsons’ transition to the NFL as a rookie first-round pick.

NFL Films plans to send a 30-person crew to Oxnard and expects to capture more than 1,750 hours of footage. 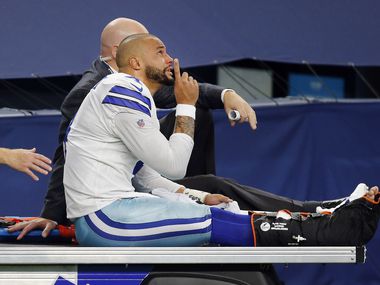 What to know before Canada travel

Travel in 2021: How to future-proof your holiday plans