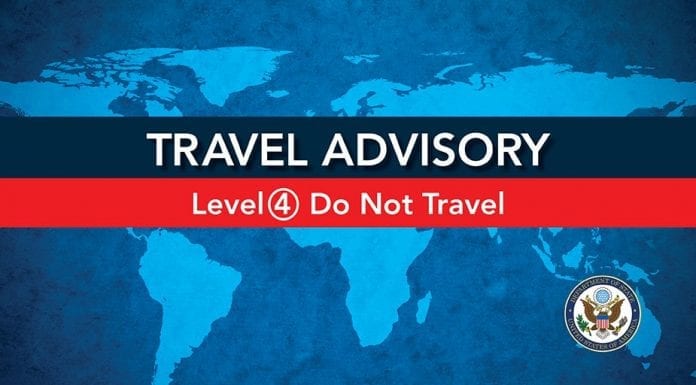 Among the background of increased lawlessness, criminal activity, including a rash of kidnappings, last week the U.S. State Department issued a level 4 alert for Haiti “Do not travel,” due to kidnappings, crimes, civil unrest and the coronavirus (COVID-19).

“Kidnapping is widespread and victims regularly include U.S. citizens. Kidnappers may use sophisticated planning or take advantage of unplanned opportunities, and even convoys have been attacked. Kidnapping cases often involve ransom negotiations and U.S. citizen victims have been physically harmed during kidnappings. Victim’s families have paid thousands of dollars to rescue their family members,” Washington said.

It said that violent crime, such as armed robbery and carjacking, is common.

“Travelers are sometimes followed and violently attacked and robbed shortly after leaving the Port-au-Prince international airport. Robbers and carjackers also attack private vehicles stuck in heavy traffic congestion and often target lone drivers, particularly women. As a result, the U.S. Embassy requires its personnel to use official transportation to and from the airport.”

“The U.S. government is extremely limited in its ability to provide emergency services to U.S. citizens in Haiti—assistance on-site is available only from local authorities (Haitian National Police and ambulance services). Local police generally lack the resources to respond effectively to serious criminal incidents.”

‘We have faith in the future’: Travel Portland purchases full-page NYT ad

Planning your next vacation? Keep in mind these USA travel restrictions – Film Daily

How to rebook holiday travel as Covid cases across U.S. rise