There are three new confirmed cases of COVID 19 in the province, all in the Eastern Health region. All three are travel-related.

There are 18 active cases in Newfoundland and Labrador—nine in the Eastern Health region and nine in Western Health.

Public Health says the source of a case reported in the Eastern Health region on Thursday, April 8, remains under investigation.

In the meantime, because of today’s cases, Public Health is issuing advisories for passengers on board three separate Air Canada flights that recently arrived in the province.

As per today’s update, 122,249 doses of vaccine have been administered in NL.

Of Newfoundland and Labrador’s eligible population, which is an estimated 462,300 people, the provincial COVID information hub says 112,575 have been vaccinated with at least one dose—or about 24.3 per cent.

COVID-19 Updates on Hold Until Monday 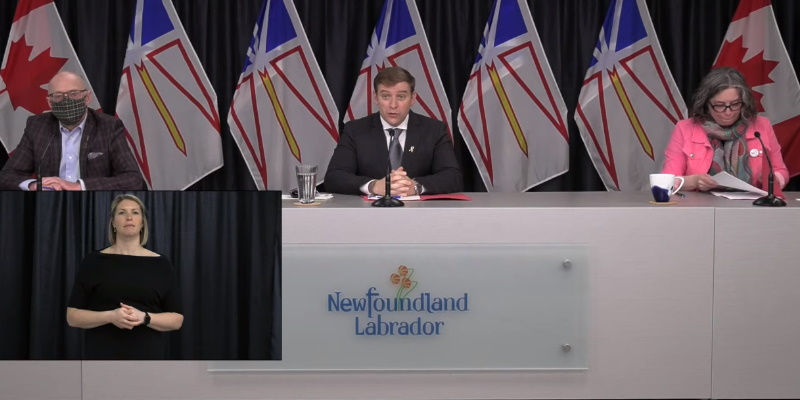 The province will not be providing COVID advisories over the weekend. The latest numbers will be provided instead on Monday in a news release unless otherwise necessary.

Public Health officials had a similar plan in place last weekend, but provided updates anyway after an increase in COVID cases was reported on the west coast.

The next live COVID briefing is scheduled for Wednesday but will be moved to 12:30 p.m. NT, because of the sitting of the Legislature.

The Singapore-Hong Kong Air Travel Bubble: 5 Ways to Prepare for Travel in a Pandemic

Les Leyne: Warnings better than roadblocks when it comes to travel restrictions

Travel Is Back: The Key To Your Brand's Success In 2021