Cumulative deaths up 5% while accidents, injuries lower than last year

The wreckage of one the pickup trucks in a crash that took place in Hau Sai district, Nakhon Si Thammarat province, on Monday. A man was killed instantly and two others were injured, one seriously. (Photo by Suchet Raekrun)

Almost 400 died in about 3,300 road accidents nationwide during the seven-day New Year road safety campaign this year, up 5% from the same period last year.

A total of 392 people were killed and 3,326 others were injured in 3,333 accidents over the past seven days, the Road Safety Directing Center reported on Tuesday. 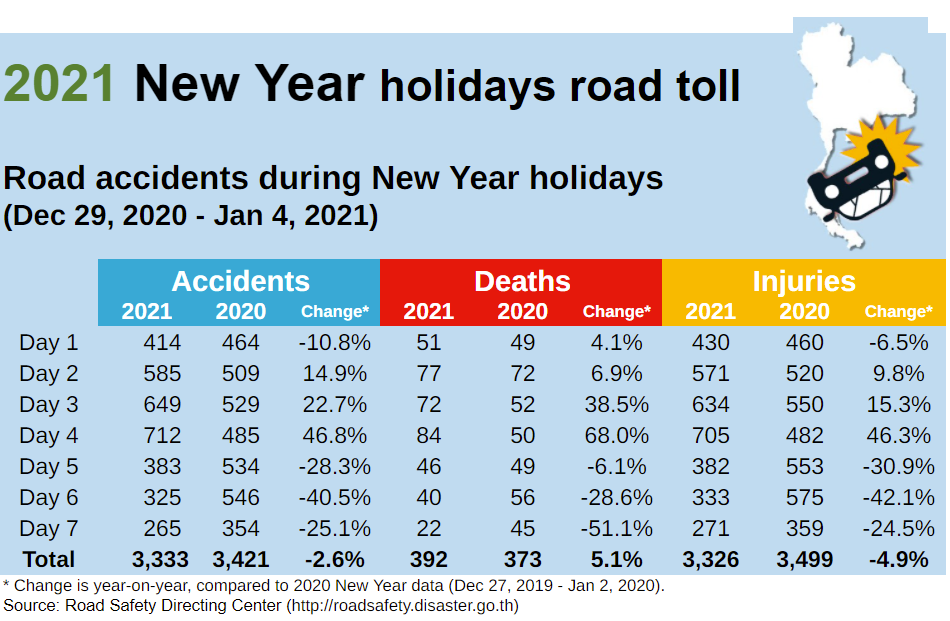 Throughout the campaign, Chiang Mai logged the most accidents and injuries (115 and 117 respectively) while Chiang Rai saw the most deaths (18).

Motorcycles were involved in the most accidents (82.5%), followed by pickup-trucks (6.2%).

On Monday, the last day of the campaign, 265 accidents took place, resulting in 22 deaths and 271 injuries.

Deputy Interior Minister Nipon Boonyamanee told a briefing on Tuesday the ministry had instructed provincial authorities and volunteers to plan more preventive measures based on the new data to minimise the major causes such as drink-driving and failure to wear helmets. 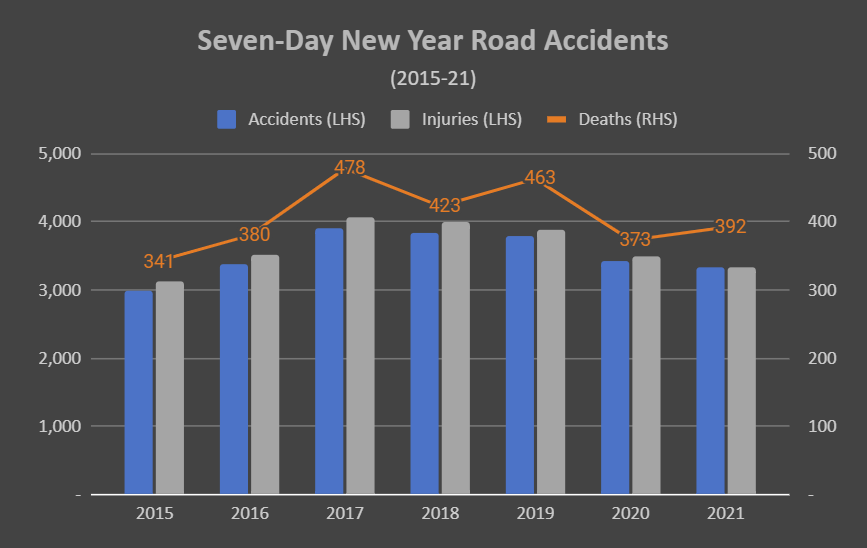 We tried to book a peak time holiday at Butlins, Pontins, Haven and Center Parcs – this is what happened

Govt has no plans to restrict cross-border travel yet

When will it be safe to travel again? (Hint: You might want to delay that spring break trip)