Japan to suspend travel subsidies over holidays amid virus surge

The Japanese government will temporarily suspend its subsidy program for promoting domestic tourism amid a surge in coronavirus cases across the country, Prime Minister Yoshihide Suga said Monday.

The “Go To Travel” campaign will be stopped nationwide from Dec. 28 to Jan. 11, with further decisions to be based on how the situation develops after the New Year holidays, Suga told a meeting of the government’s task force on the coronavirus response. 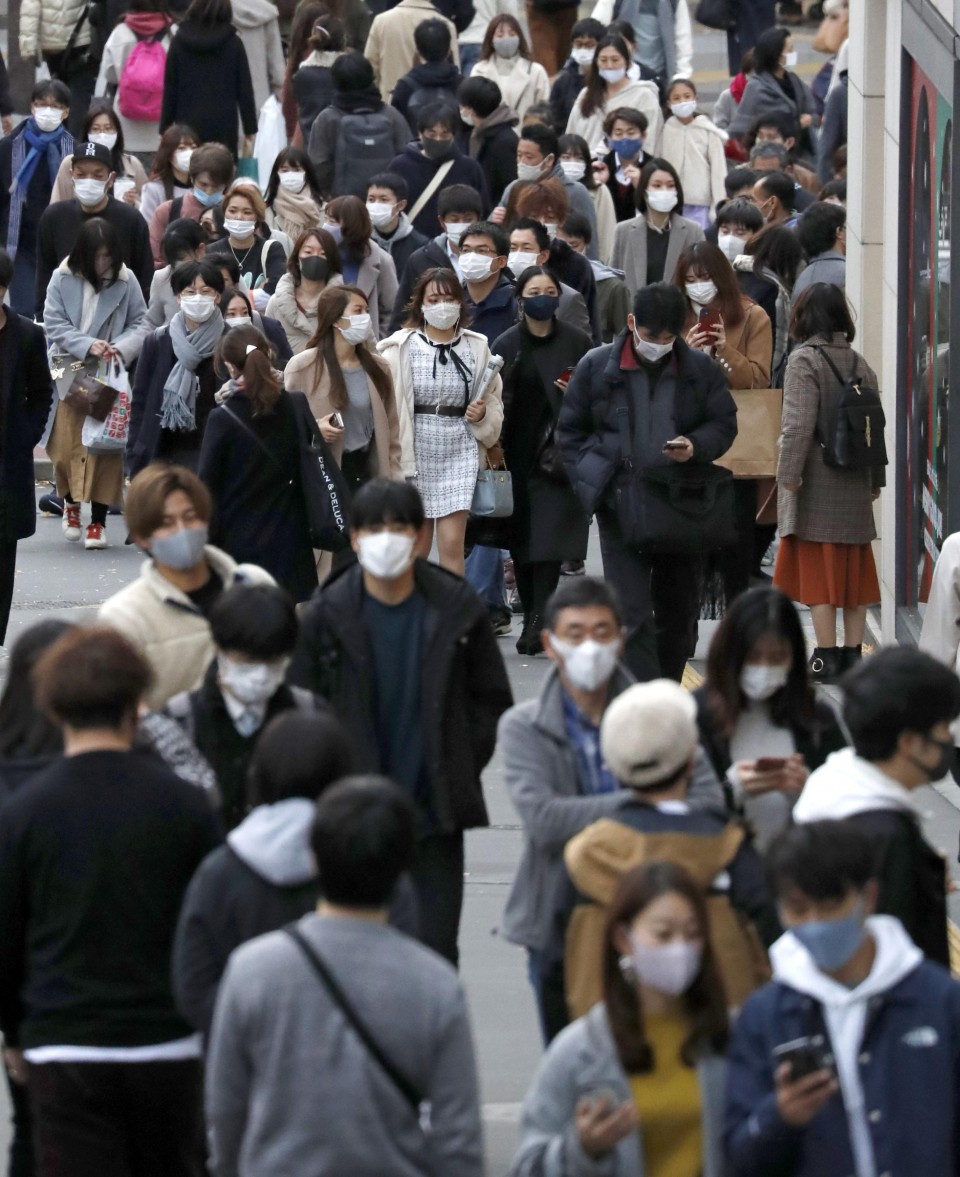 People wearing face masks walk in Tokyo’s Shinjuku area on Dec. 13, 2020, amid the continued spread of the novel coronavirus in Japan. (Kyodo) ==Kyodo

The number of people with serious symptoms of COVID-19 hit a record high of 583 in Japan on Sunday, while Tokyo’s seven-day rolling average of new coronavirus cases stood at 503, topping 500 for the first time since the start of the pandemic.

Nagoya reported 93 cases, while Aichi Prefecture, to which it belongs, registered 181 cases in total.

Aichi Prefecture has agreed to comply with the suspension, prefectural sources said.

Aichi Gov. Hideaki Omura said in a news conference Monday that he had been sounded out by the central government on the possibility of removing Nagoya along with Tokyo from the program as part of efforts to curb sharp increases in coronavirus cases across Japan.

The Aichi prefectural government has already asked establishments serving alcohol in some parts of Nagoya to shorten their business hours by closing shop by 9 p.m.

Omura said Yasutoshi Nishimura, minister in charge of Japan’s coronavirus response, had also sounded him out on possibly extending the period for shortening of opening hours until Jan. 11.

The travel promotion initiative, which effectively shoulders about half of domestic travel expenses, was launched in July to help the tourism industry weather the impact of the pandemic.

The government is also reportedly considering extending its suspensions from the initiative of trips to Sapporo on the northernmost main island of Hokkaido and the city of Osaka in western Japan beyond the end date of Tuesday.

The development came after the government’s subcommittee on anti-virus steps called Friday for the halt of the campaign in areas with rising cases amid concern that the movement of people prompted by the travel campaign has increased infections.

Hit the hardest by what some medical experts describe as a “third wave” of infections in Japan, the Tokyo metropolitan government has requested restaurants, bars and karaoke establishments that serve alcohol to shorten their opening hours and close by 10 p.m. until Thursday in most parts of the capital.

Regarding the travel campaign, the Tokyo government has been seeking a longer and wider curtailment than the central government.

While the central government has proposed excluding trips to Tokyo until Dec. 25, the metropolitan government has sought a suspension through Jan. 11 in tandem with the measure for restaurants, they said.

The central government has also been considering excluding trips from central areas of Tokyo — its 23 wards — while the Tokyo government sought an exclusion of trips from the entire territory of the capital.

As for the city of Osaka, Osaka Gov. Hirofumi Yoshimura told a separate press conference Monday that requests for some businesses to shorten business hours or suspend operations will be extended to the entire city and last until Dec. 29.

Australia and New Zealand plan to ease travel restrictions between their countries.

How to travel safely and cheaply this summer

Australia and New Zealand plan to ease travel restrictions between their countries.