SIOUX FALLS, S.D. — Americans couldn’t resist the urge to gather for Thanksgiving, driving only slightly less than a year ago and largely ignoring the pleas of public health experts, who begged them to forgo holiday travel to help contain the coronavirus pandemic, data from roadways and airports shows.

The nation’s unwillingness to tamp down on travel offered a warning on Christmas and New Year’s as virus deaths and hospitalizations hit new highs a week after Thanksgiving. U.S. deaths from the outbreak eclipsed 3,100 on Thursday, obliterating the single-day record set in the spring.

Vehicle travel in early November was as much as 20% lower than a year earlier, but it surged around the holiday and peaked on Thanksgiving Day at only about 5% less than the pandemic-free period in 2019, according to StreetLight Data.

“People were less willing to change their behavior than any other day during the pandemic,” said Laura Schewel, founder of StreetLight Data.

Airports also saw some of their busiest days of the pandemic, though air travel was much lower than last year. The Transportation Security Administration screened more than 1 million passengers on four days during the Thanksgiving travel period. Since the pandemic gutted travel in March, there has been only one other day when the number of travelers topped 1 million — Oct. 18.

“If only a small percentage of those travelers were asymptomatically infected, this can translate into hundreds of thousands of additional infections moving from one community to another,” Dr. Cindy Friedman, a Centers for Disease Control and Prevention official, said this week during a briefing.

Wide swaths of the country saw a sudden influx of people arriving from university campuses in the days leading up to the holiday, according to a data visualization of anonymous cellphone data from a firm called Tectonix.

The Centers for Disease Control and Prevention has urged people to stay home for the holidays, but officials acknowledged that many would not heed that advice and advised them to get tested before and after trips. Friedman said this year’s holidays presented “tough choices” for many families.

The travelers included some elected officials who advised against trips. The mayors of Denver and Austin, Texas, faced backlashes for traveling after telling other people to stay home.

Infections, even from small Thanksgiving gatherings, have begun to stream in around the country, adding another burden to health departments that are already overwhelmed.

“This uptick here is really coming at a time when everyone’s exhausted,” said Don Lehman, a spokesman for the Warren County Public Health Department in upstate New York.

The county concluded that Thanksgiving gatherings or travel probably caused 40% of the 22 cases it reported in the past two days. That means contact tracers have to figure out where people came from or traveled to and contact health officials in those places. Lehman said it adds “a lot of legwork” to the contact-tracing process. 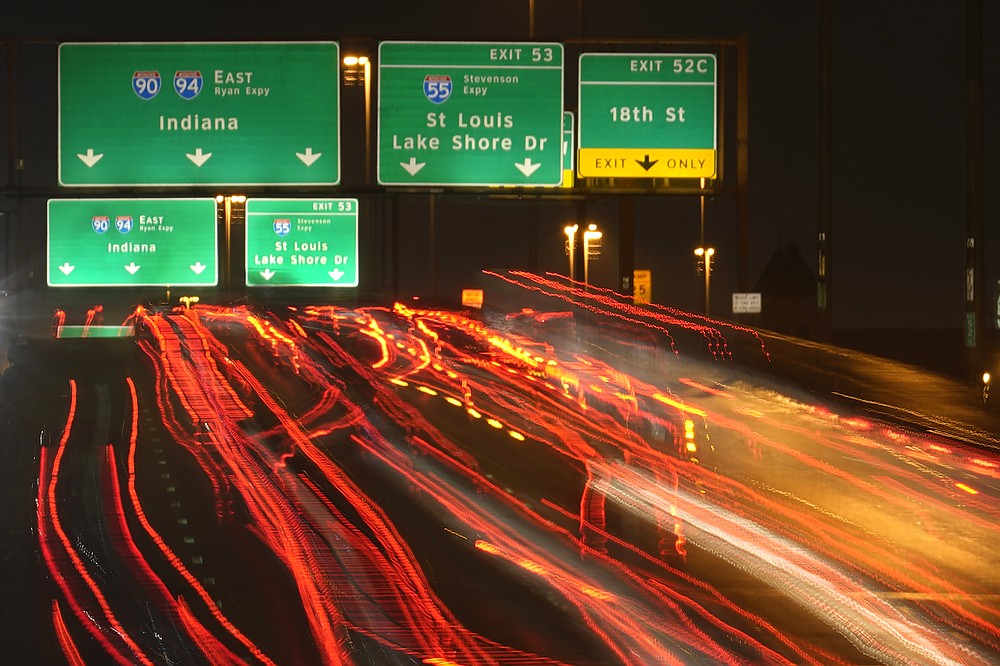 FILE – In this Nov. 24, 2020, file photo, motorists travel south along Interstates 90 and 94 in Chicago. Data from roadways and airports shows millions could not resist the urge to gather on Thanksgiving, even during a pandemic.(AP Photo/Charles Rex Arbogast, File) 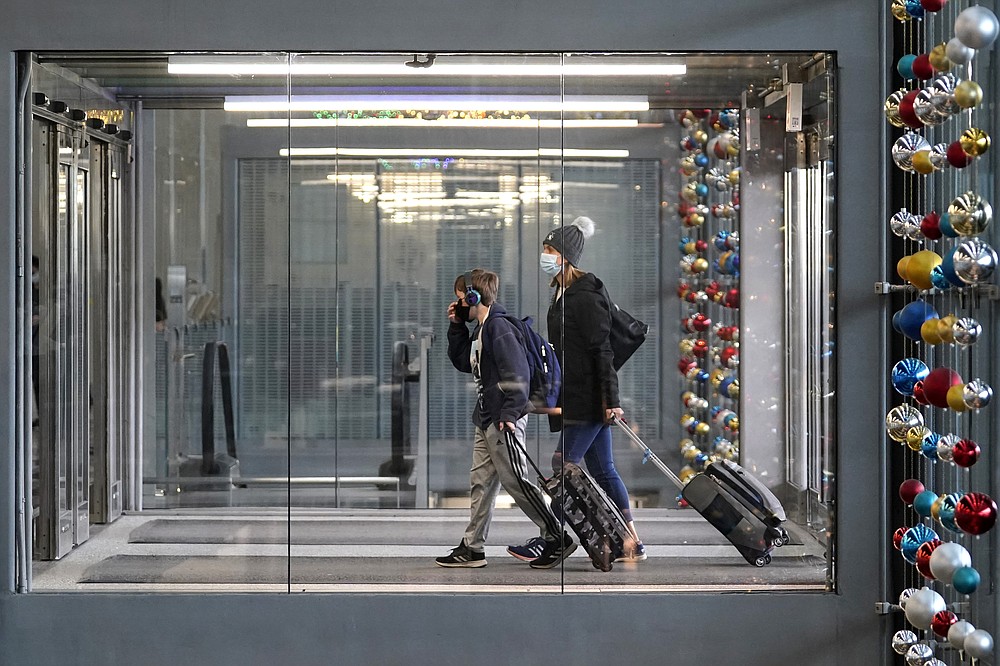 FILE – In this Nov. 29, 2020, file photo, travelers walk through Terminal 3 at O’Hare International Airport in Chicago. Data from roadways and airports shows millions could not resist the urge to gather on Thanksgiving, even during a pandemic. (AP Photo/Nam Y. Huh, File) 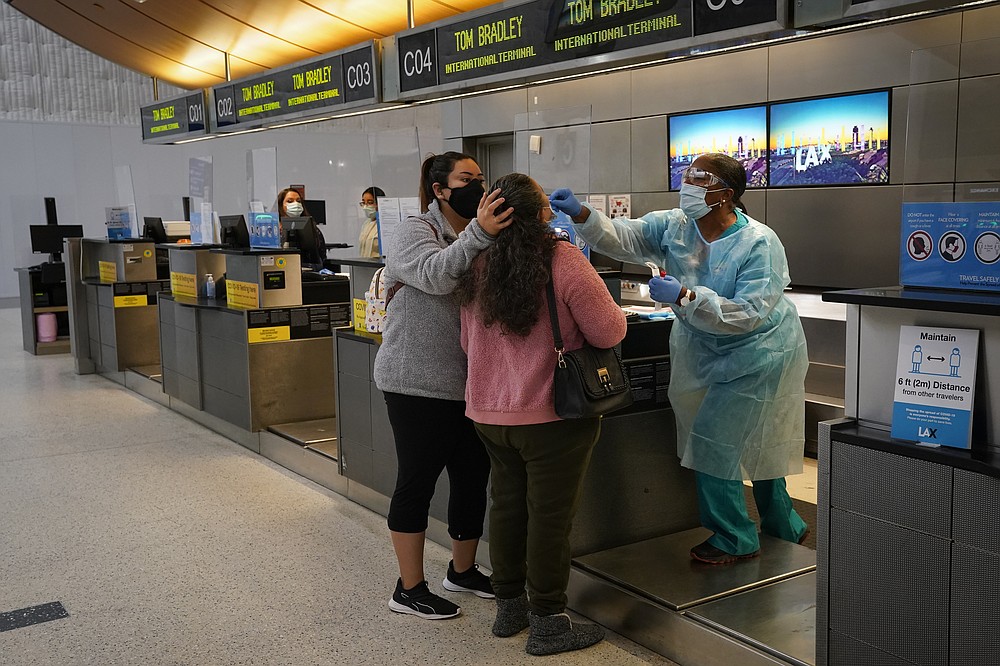 FILE – In this Nov. 23, 2020, file photo, licensed vocational nurse Caren Williams, left, collects a nasal swab sample from a traveler at a COVID-19 testing site at the Los Angeles International Airport in Los Angeles. Data from roadways and airports shows millions could not resist the urge to gather on Thanksgiving, even during a pandemic. (AP Photo/Jae C. Hong) 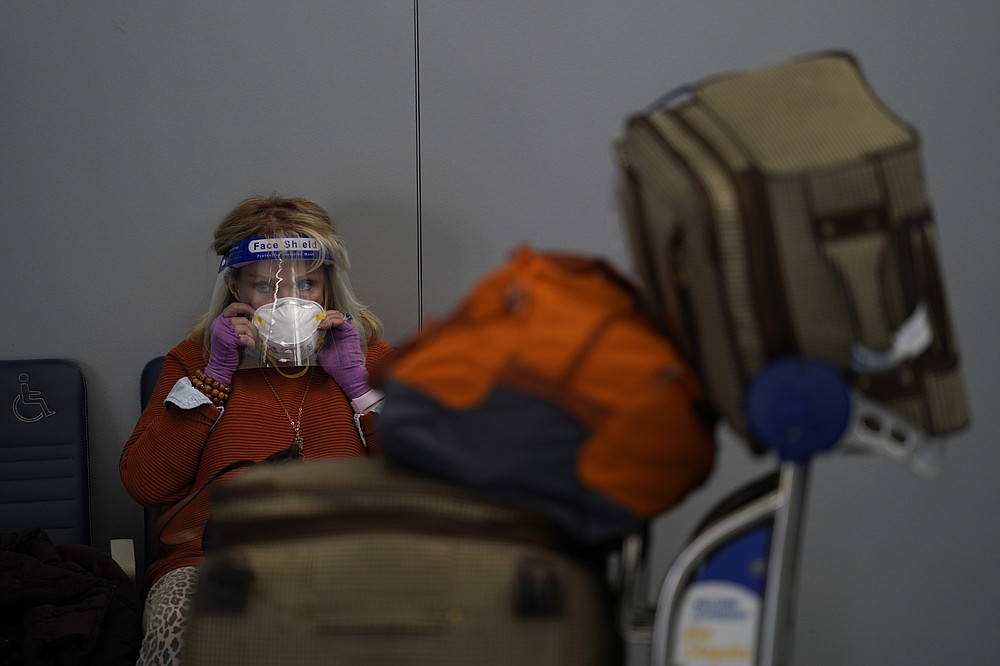 FILE – In this Nov. 23, 2020, file photo, a traveler adjusts her mask while waiting to check in for her flight at the Los Angeles International Airport in Los Angeles. Data from roadways and airports shows millions could not resist the urge to gather on Thanksgiving, even during a pandemic. (AP Photo/Jae C. Hong, File)

We tried to book a peak time holiday at Butlins, Pontins, Haven and Center Parcs – this is what happened

UK to ease holiday travel ban yet keeps most quarantines