While some say they got what they came to campus for, others struggled this semester 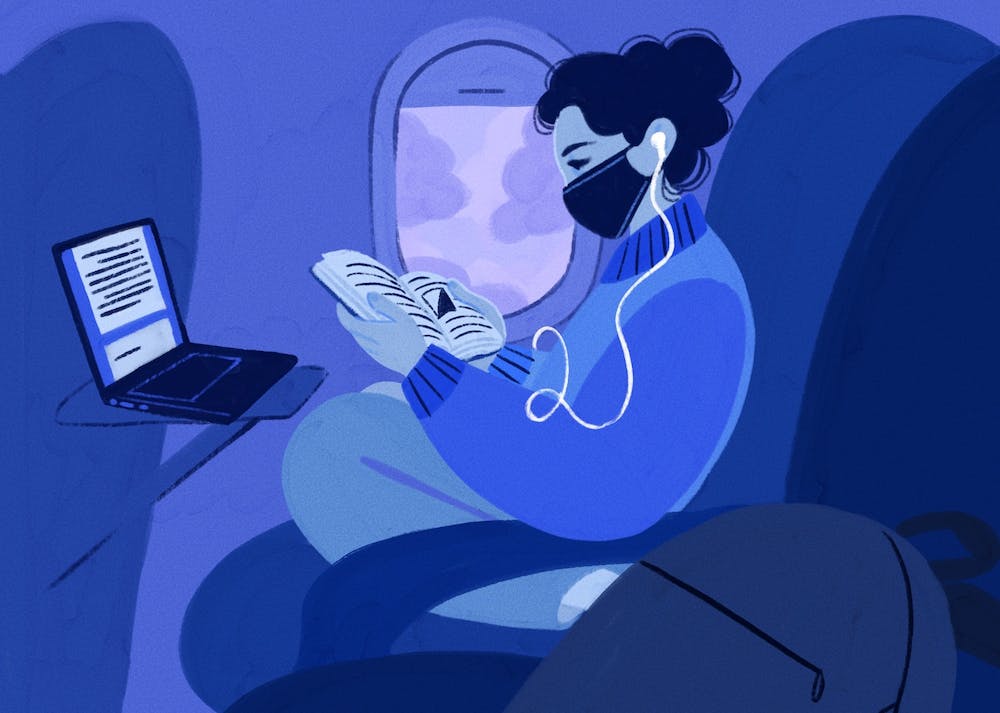 “Students are traveling home for Thanksgiving and the holiday season as the semester comes to a close.” Illustration published on Tuesday, Nov. 24, 2020.

After the semester was cut short, many students are making arrangements to return home sooner than planned and complete their final exams away from campus. While some still feel confident in their decision to come to Tempe for school this fall, others say they wish the semester went differently.

In September, the University announced the original finals week schedule beginning Dec. 7 would not take place and the University would transition to fully remote instruction after Thanksgiving break.

Although she originally planned on traveling back to ASU after the Thanksgiving break, Caitlin Doherty, a junior studying health care compliance and regulations, plans on traveling home to Seattle and staying there through the last week of the semester and all of winter break to save money and avoid any further exposure to COVID-19.

“I feel like I’ve been pretty careful this whole semester, and my family back home has been, too,” Doherty said. “Especially since I am going back, I’ve been more careful lately.”

For some students, their decision to live on or near campus was motivated by their need to concentrate independently, away from family.

Sophie Chez, a freshman studying politics and the economy, said getting good grades this semester was very important to her and moving to Scottsdale from Minnesota helped her separate her family and school life.

“Being on campus also just changes your mindset,” Chez said. “It makes you work harder and know why you’re going to school.”

Anabelle Sturdivant, a freshman studying marketing, moved to Tempe from California this fall to experience the “full college experience.” Although most of her classes activities were held remotely, Sturdivant still enjoyed her first semester in college.

“I’m not gonna lie, it’s definitely been a bit of a crummy situation overall,” Sturdivant said. “But I feel like the staff have been really accommodating with office hours and frequent emails. My teachers have done a really great job at just making everything feel very connected and still making it feel like an academic setting, even if I’m in my dorm.”

Before the change in the academic calendar, Sturdivant considered traveling back to Tempe to finish the semester and concentrate on her studies during the last week but decided not to for the sake of her mental health.

“I feel like just doing that again is just going to put a total wringer on things,” Sturdivant said. “I just came to the conclusion that financially and emotionally, I think it would be a better situation for me just to spend time at home.”

For many students, coming to campus this fall was an attempt to retain some of the traditional college experience. Mary Florance, a freshman studying psychology, said one of her goals after moving to Tempe from Chicago was to meet new people. With restrictions on social gatherings, Florance relied on making friends with other students in her dorm.

“It was definitely a little bit out of my comfort zone,” Florance said. “When I first got here, I knocked on people’s doors just to introduce myself and it definitely helped a lot. It’s not what I’m used to, but it really wasn’t as hard as I thought it would be.”

For Riley Pass, a junior studying civil engineering, adjusting to and understanding the change in the academic calendar was frustrating.

“It was hard enough adjusting and dealing with what’s going on in the world and having school at the same level of rigor,” Pass said. “Now the semester just feels even worse.”

Living and studying at home with family in Arizona,Pass feels the stress and pressure of her final exams and projects from not being on campus throughout the semester. She said she is losing motivation and feels rushed to finish the semester.

“It was a really freaky transition for me,” Pass said. “I’ve had some of the worst problems I’ve had in a long time.”

“Honestly, sometimes I don’t really know what to do,” Pass said. “There have been a lot of breakdowns. It feels the same for everyone around me and it’s just (a matter of) finding a way to get through it and remembering that school’s important.”

Pass said after all the frustrations from this semester, she is looking forward for it to be over.

“It feels like it’s not going to be a long enough break, but it never is,” Pass said.

Travel sector in focus as UK working on plans to ease travel restrictions By Investing.com

Some Toledoans still flying for Thanksgiving despite CDC, local advisories

Tips to help you travel safe for the holidays

Les Leyne: Warnings better than roadblocks when it comes to travel restrictions

Planning a ranch vacation? Dude, this website just made it easier: Travel Weekly