Travel Penticton pushing out new marketing plans for 2021, showing off the ‘great draws’ of the area – Penticton News 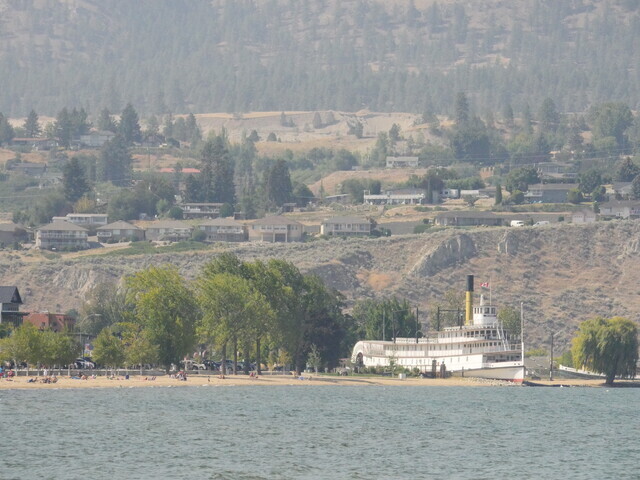 Travel Penticton is forging forward into the new year with multiple marketing ideas in an aim to bring in business. But without a crystal clear idea of the future, their plans will need to be flexible.

Thom Tischik, executive director for Travel Penticton, feels that even with the challenges of this year, Penticton has done well overall.

“Obviously, there’s one big low out there … Tourism here in the province, really the country and the world, has been greatly impacted by COVID. But we did have some positives that did come out of it,” Tischik explained.

Penticton saw a large number of travellers from Vancouver and the lower mainland come up to visit through the summer.

“Even though we had certainly a slow start and we lost every event that had been planned, we were able to pull through I think better than some areas of the province,” Tischik said.

“I think that’s critical that we keep that momentum going,” Tischik said.

The organization also opened up a visitor centre in mid-July, next to the Peach, picking a location close to events in town.

“That was a real positive for us to offer visitor services where the crowds usually are.”

Tischik was also thankful for the lack of too many significant forest fires this year, which can bring in heavy smoke and often cause visitors to stay away.

“We certainly had the one that was very serious, Christie Mountain wildfire, near the city. We certainly recognize that but that was able to be knocked down quite quickly and there was not a lot of fall out from that,” Tischik said.

“What we’re looking forward to now is promoting winter activities here. We know that we’ve got a lot of people from other provinces who snowbird here and who we want to see happy coming here”.

And for 2021, four major projects are in the works.

The group will be focusing on presenting ‘Penticton Iconics’, such as the wineries and breweries, the food scene, the Penticton channel and other outdoor must-visits.

“They’re the great draws that we have here,” Tischik said.

“We’re going to promoting our ‘Fuel-free Almost’ campaign…Which is where they can basically toss the keys into the safe at their accommodation and do lots of different activities without needing a vehicle, generally.”

Travel Pentiction will also be pushing the area as a location for endurance training, from the “high-level athlete to the weekend warrior,” working on trail running, swimming, hiking and biking.

“Almost their own mini-self triathlon … it falls in nicely with the Ironman and with Gran Fondo and the Dragon boat festivals we have running here.”

Lastly, the Daily Special is a program that was funded through a western diversification grant to promote a culinary trail for a wide variety of food available throughout the wineries and downtown in Penticton.

“We’re very excited about this one as well to be able to promote the bounty that we have in Penticton and area because when we look at we’re very agricultural here,” Tischik added.

Upcoming plans will be posted on the Travel Penticton website in the new year as they are released.

Despite Covid wave, 50% of those surveyed plan to travel in April-June | Nagpur News